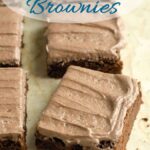 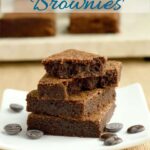 Malted Milk Brownies are fudgy and rich with an old fashioned malted milk flavor. Eat them au naturel or top them with Malted Chocolate Frosting for a more decadent treat.

Inspired by this article on Serious Eats, I bought a big container of malted milk powder to play around with. Yes, that’s my idea of fun, what can I say? I’m a big ‘ole baking geek and proud of it.

Scroll through the step by step process photos to see how to make Malted Milk Brownies:

What else can you make with malted milk powder?