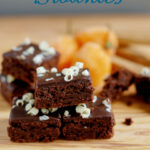 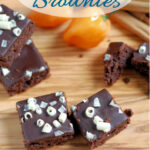 Habanero Brownies are rich with chocolate and butter and spiced with a whole habanero pepper. The ganache on top makes these fudgy brownies even better! 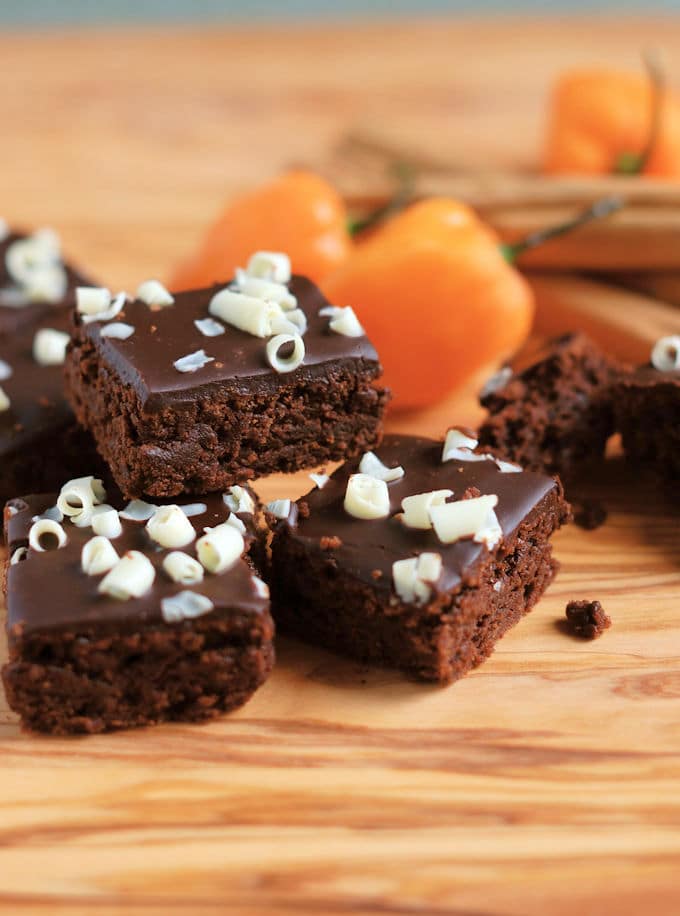 This recipe was inspired by a bottle of wine I bought while on a wine tasting tour in New Mexico.

We’d had a great day and tasted some nice wines, but by the 5th winery our palates were pretty overwhelmed.

The last wine poured was a red wine made with chocolate and chiles. Well, that woke our palates up! What could be more New Mexican? So we bought a bottle for fun. 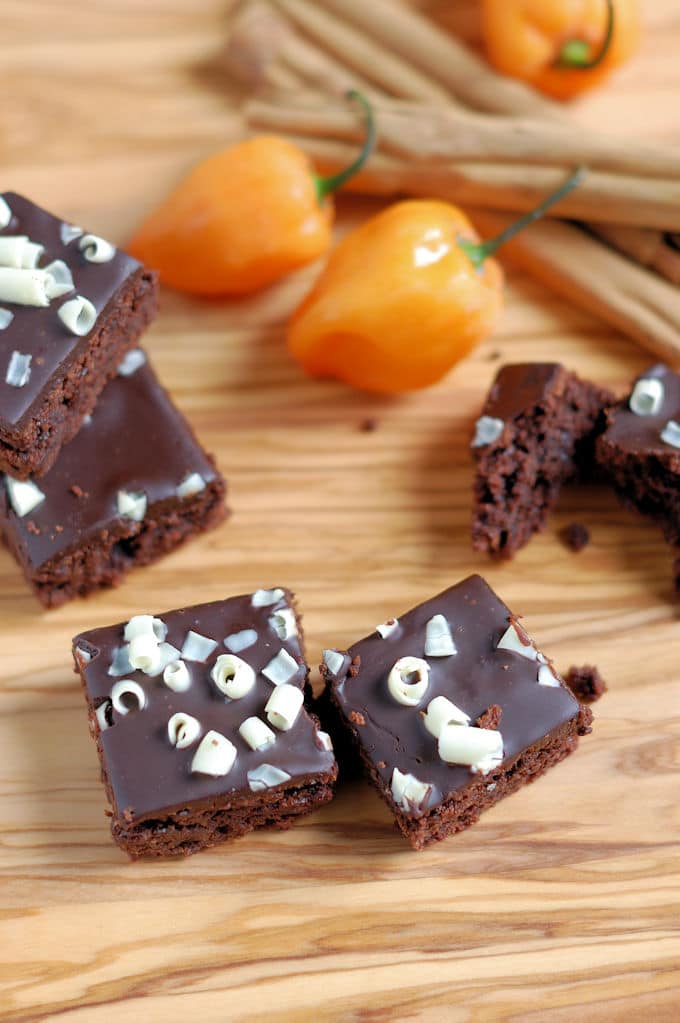 We were invited to dinner at a friend’s house and I decided to bring along the chocolate-chile wine to share. I wanted to make a dessert to go with it and that’s how this recipe came to be.

The Heat Level of Habaneros can vary…Make Your Habenero Brownies as hot as you like!

I love Habanero peppers. Yes, they can be quite hot, but they have a lovely, fruity flavor once you get passed the heat.

I used a whole pepper because the one I had was not super hot. Because the heat level can vary from pepper to pepper, I suggest (unless you’re a real chile-head) you add a little at a time until you get the heat level you like. The butter, flour and sugar in the brownie does tame the heat a little.

A full tablespoon of cinnamon compliments both the chocolate and the chile in these Habanero Brownies. I used Ceylon, or true, cinnamon, which may also be labeled as “Mexican” cinnamon. Regular cinnamon (cassia) will also work if you can’t find Ceylon cinnamon.

This is my new favorite brownie! 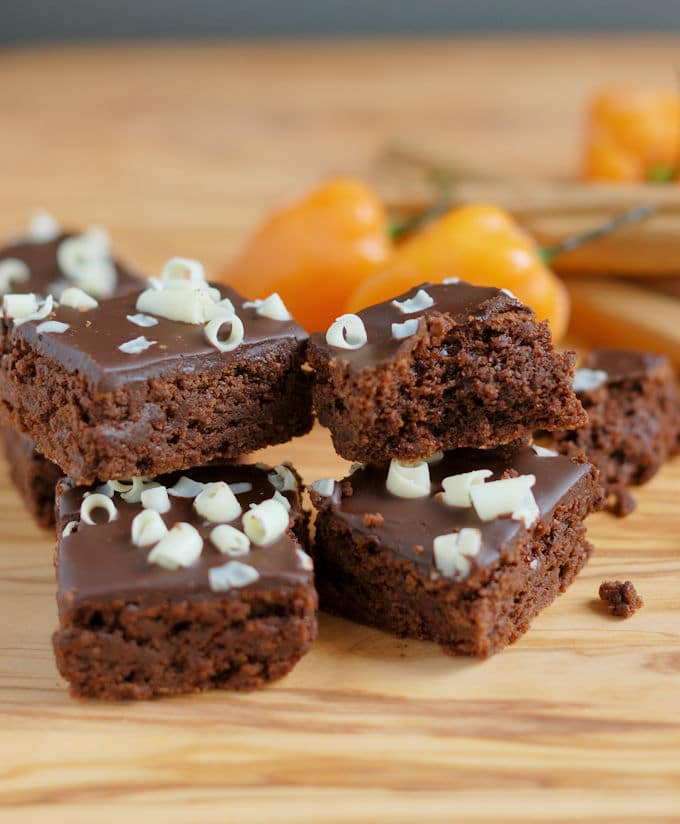 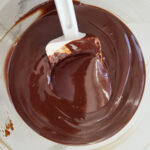 The corn syrup gives the ganache a glossy finish. Use it if the ganache will be used as a glaze. Store at room temperature 3-4 days, in the refrigerator for a week or freeze for 2-3 months.

These are the best brownies I can remember having. Ridiculously moist and tasty, I see this becoming a go to for bringing to events. Thank you for the recipe. Curious to experiment with more habanero to raise the heat.

We love this recipe so much and it's the only dessert he makes without my help! Great addition to our regular recipes.

i dont know if its just my computer but the whole recipe is blocked out with question marks, i would really like to make this!

I'm not sure what's going on Rebekah. I just checked and I can see the recipe just fine on both desktop and mobile.

It's amazing!! I used 2 chocolate habaneros instead of one regular habanero, wow, gorgeous, very yummyyyyyyyyy, thank you for your amazing recipe :D

Yay! I've never tried chocolate habaneros. I'll have to look for them!