This Apple Cinnamon Swirl Bread is absolutely bursting with fall flavor. It’s made with rich bread dough studded with chunks of fresh apples and swirled with brown sugar and cinnamon. Apple juice glaze is the perfect finish for this luscious bread. 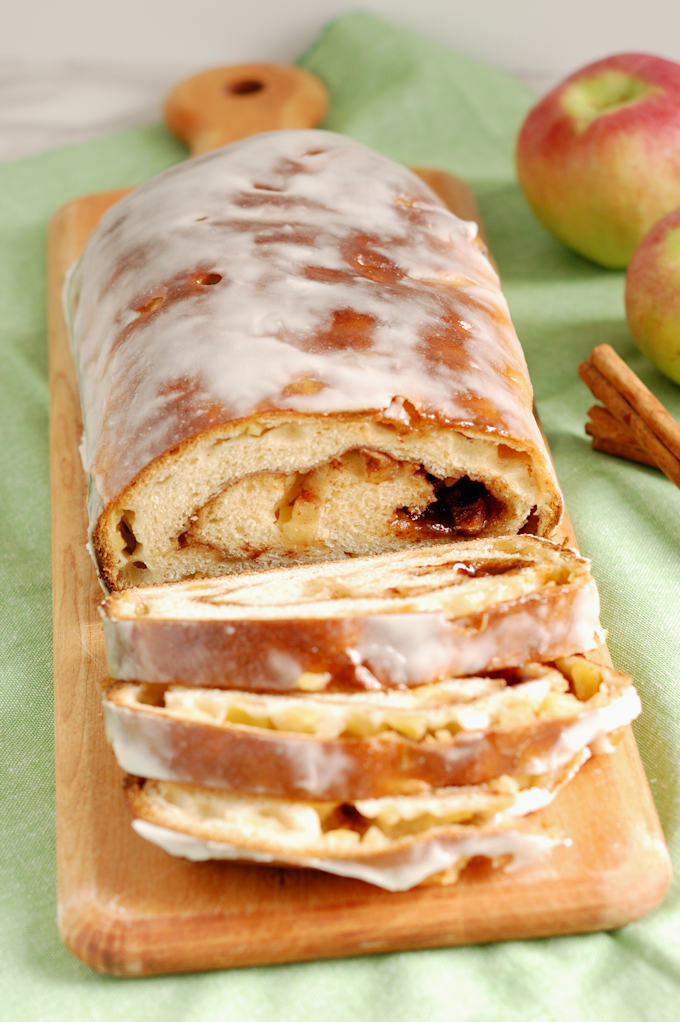 With my bounty of apples from our farm share, I was ready to create another apple treat. Can’t have too much of a good thing, right? 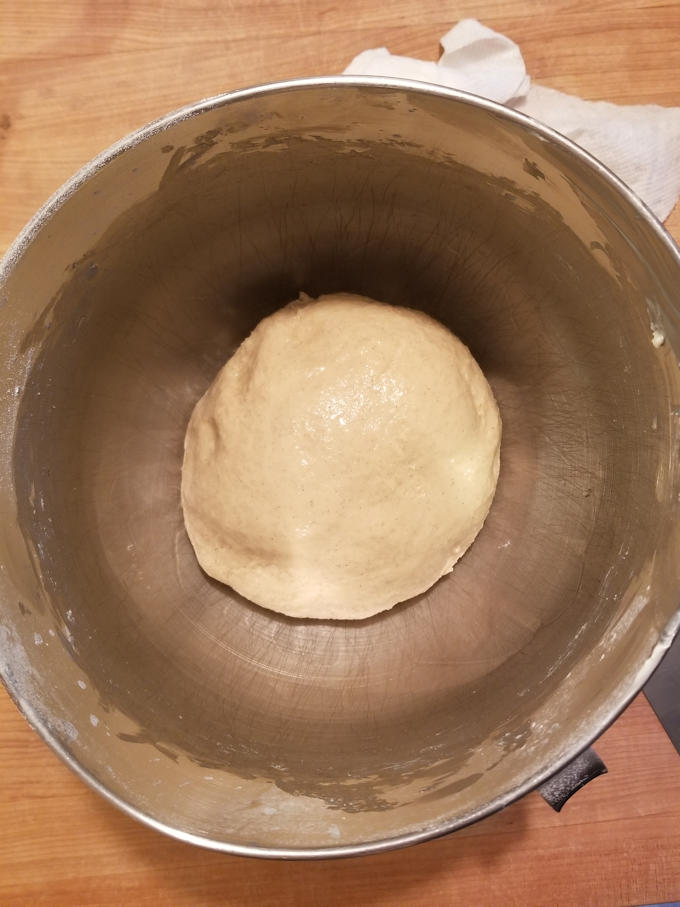 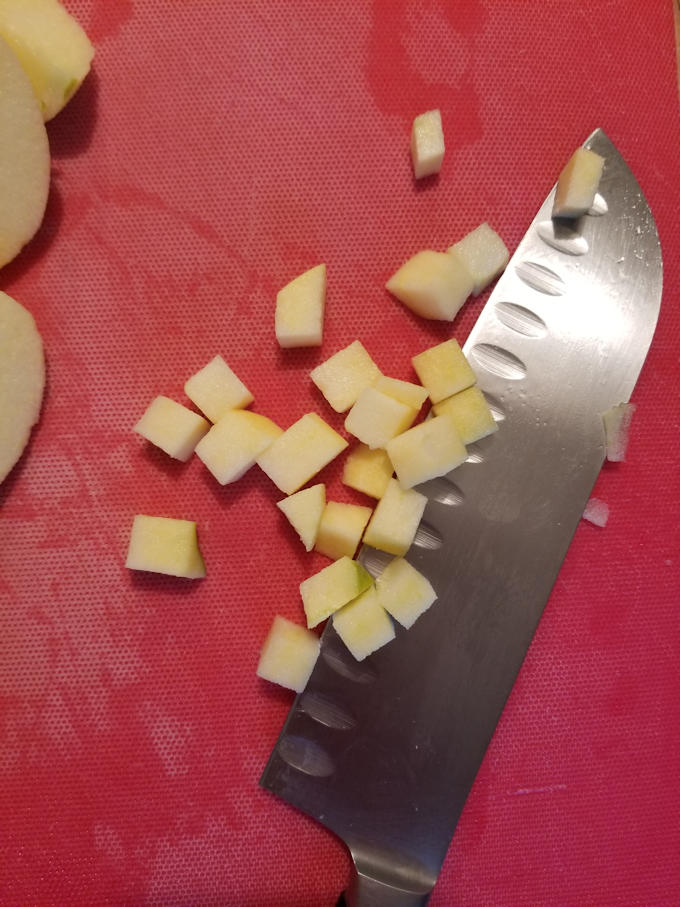 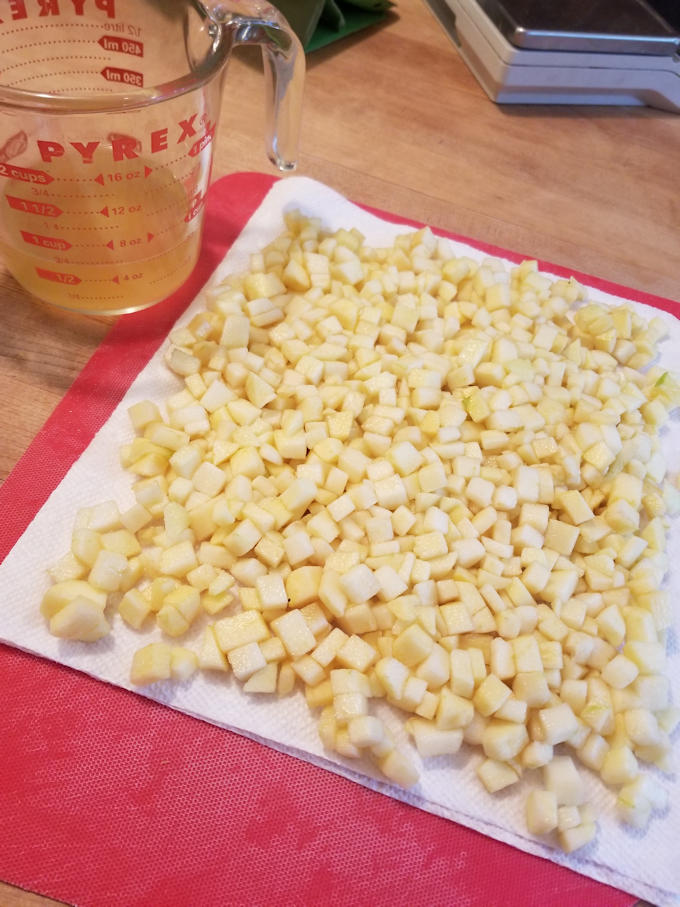 I’ve been on a bread kick lately, so Apple Cinnamon Swirl Bread came immediately to mind. When I was developing this recipe I knew I wanted chunks of apple in the bread, not an apple sauce or apple puree, and I wanted lots of apples, not just a smattering. I also wanted a distinct swirl of cinnamon and brown sugar.

Macerating and then draining the apples prevents them from completely breaking down and loosing all their juice in the oven. You’ll save the juice to make the glaze for the top of the loaf.

The first time I tested the recipe I kneaded the chunks of apple into the dough, then rolled the cinnamon-sugar into the loaf. The problem was, with so many apple chunks the bread dough broke up a bit and many of the apple chunks migrated to the surface of the bread. It tasted good, but it was a bit messy and the apples on the outside of the loaf burnt in the oven.

For the second recipe test I used a technique that I developed a couple of years ago. This technique has come in handy whenever I want a bread or bun with two fillings and want to keep the fillings distinct.  By layering the apples and cinnamon-sugar separately in the dough, each filling stays intact and the apple chunks are mostly contained in the dough. 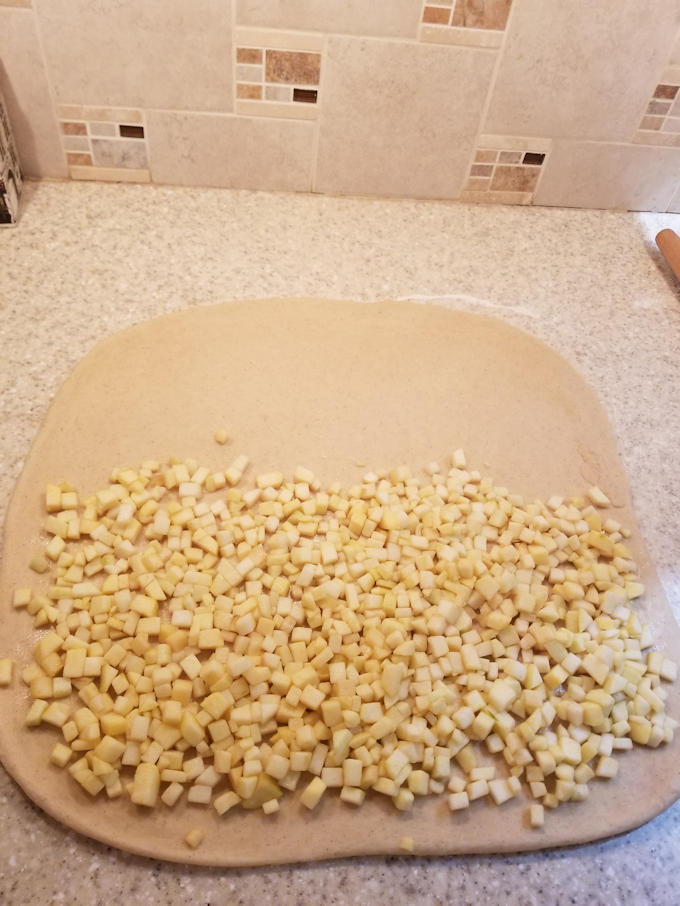 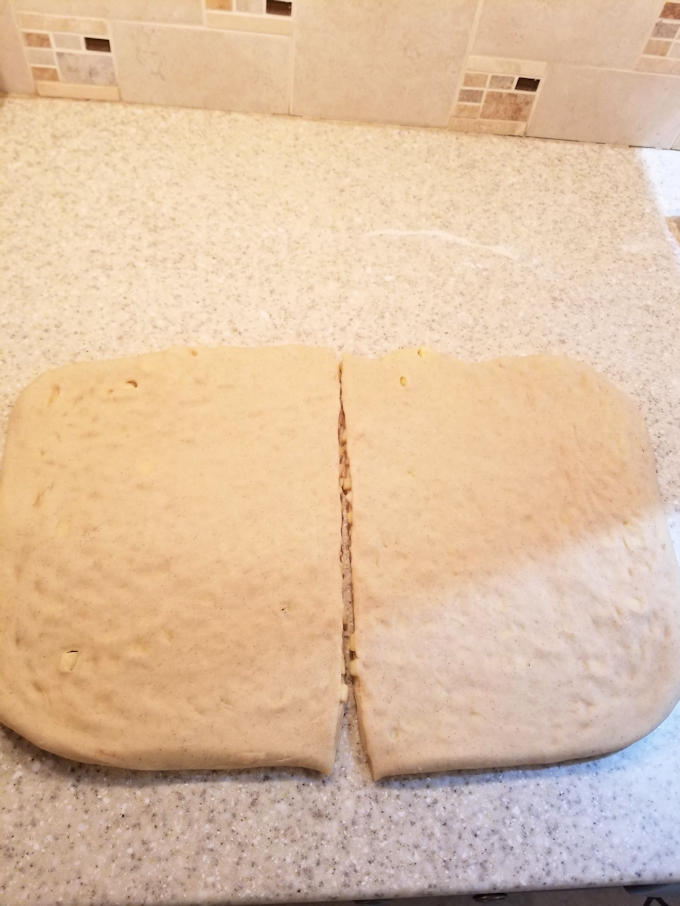 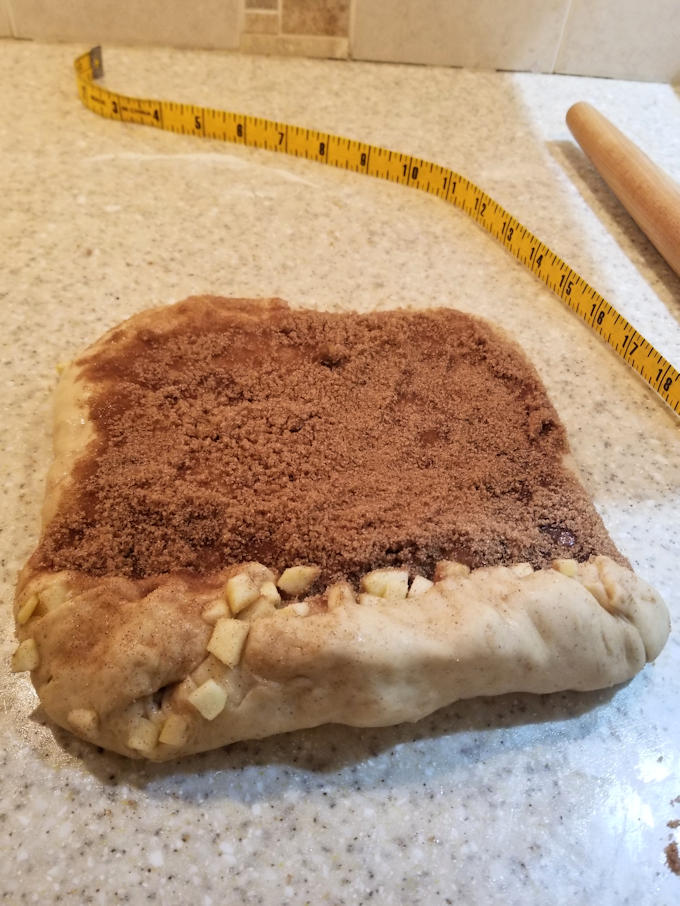 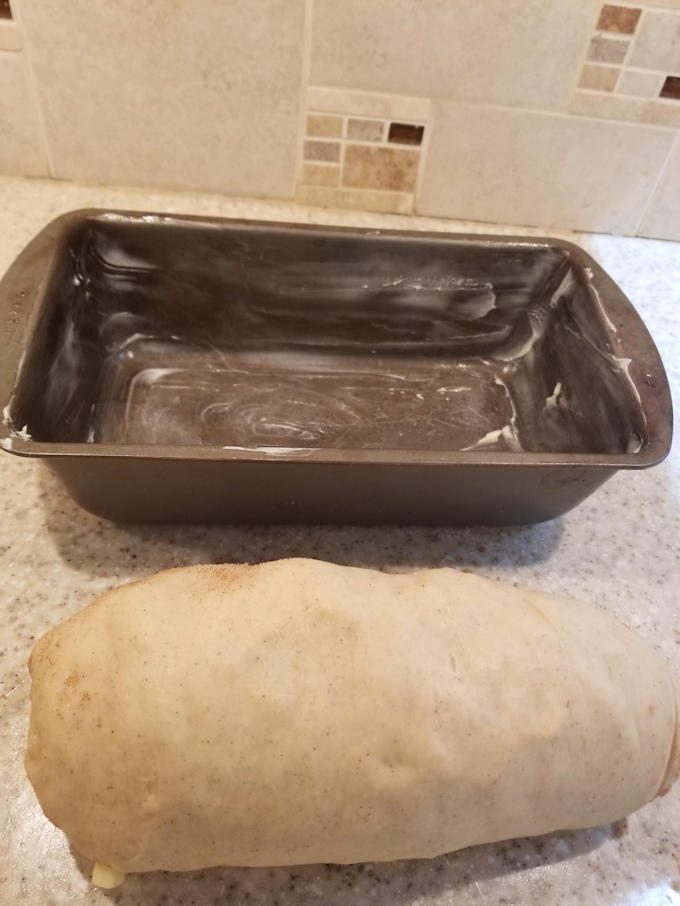 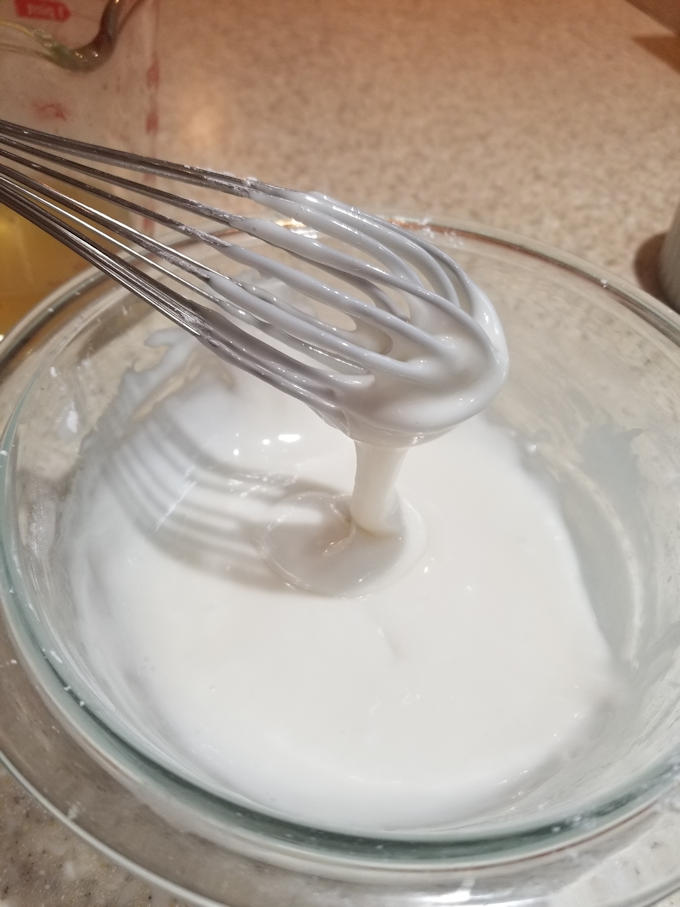 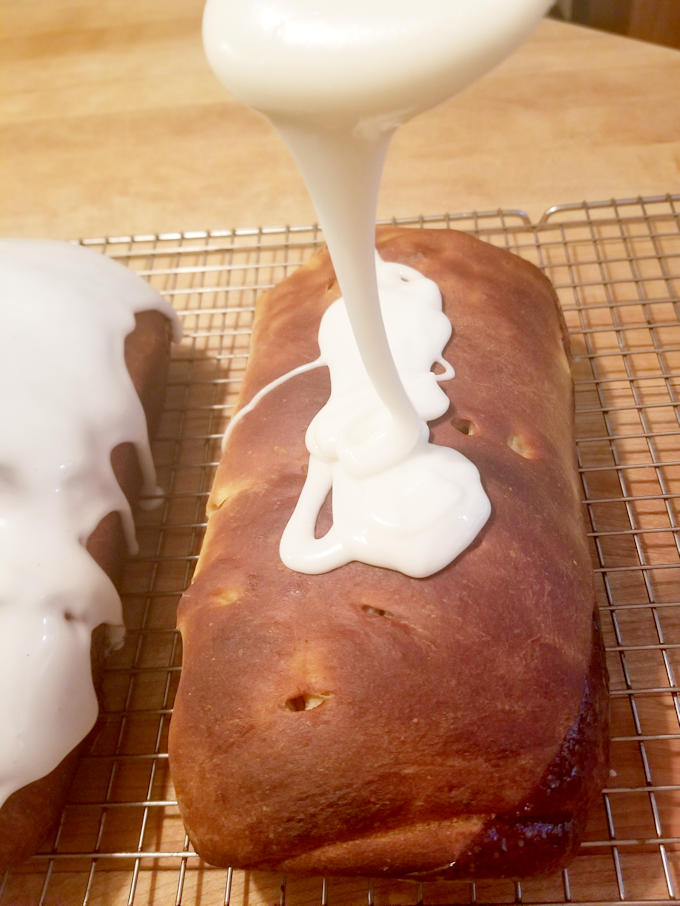 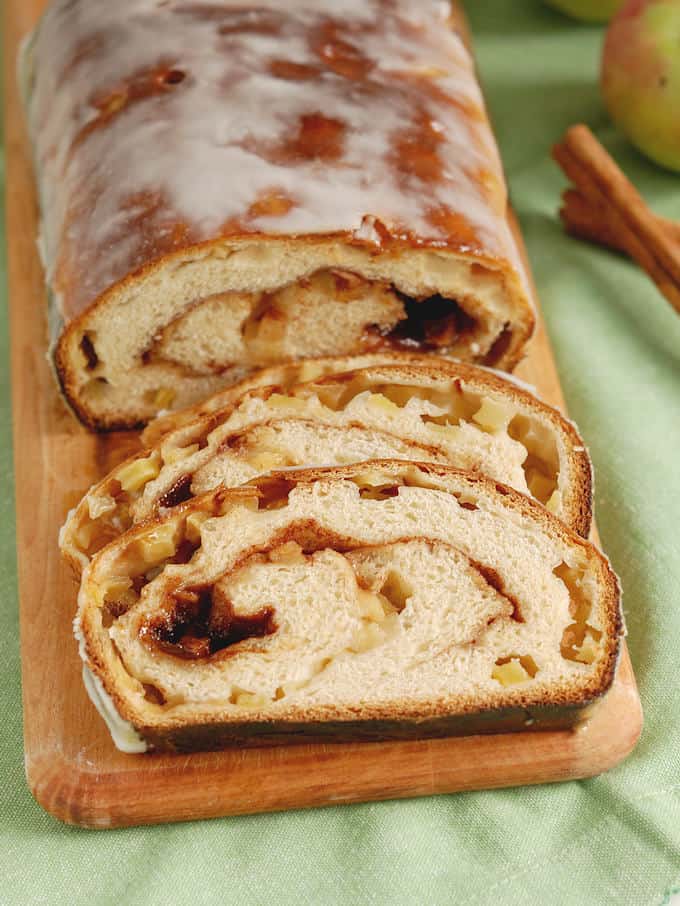 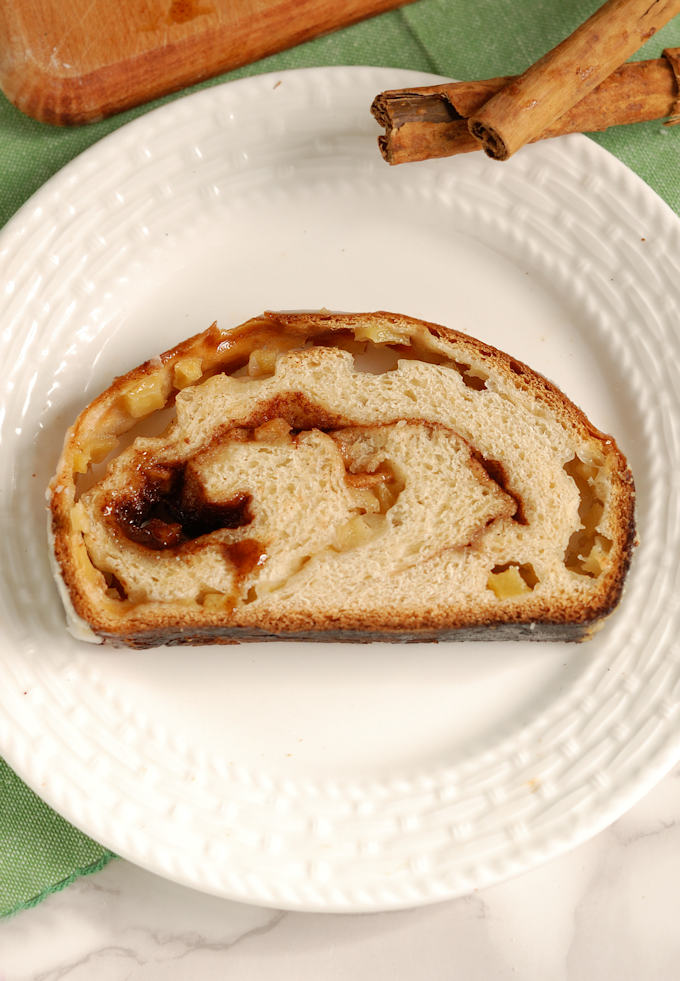 This bread is just a big ol’ loaf of autumn deliciousness. It would be the perfect treat to make for a lazy weekend morning. If you want the bread for breakfast, you can put it together in the evening and bake first thing in the morning. See the recipe notes for working ahead.

To work ahead, assemble the loaves and place them in the pans. Cover with plastic wrap and refrigerate overnight. Take the bread out in the morning and allow it to finish rising while the oven pre-heats.

If you want to freeze one or both of the loaves, wrap and freeze without the glaze. Defrost the loaf before glazing.

The bread keeps for several days at room temperature. 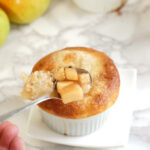 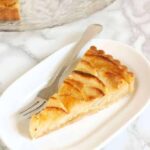 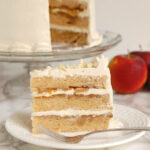 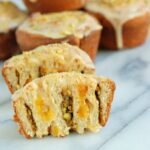 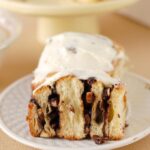 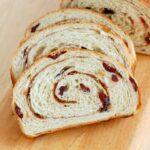 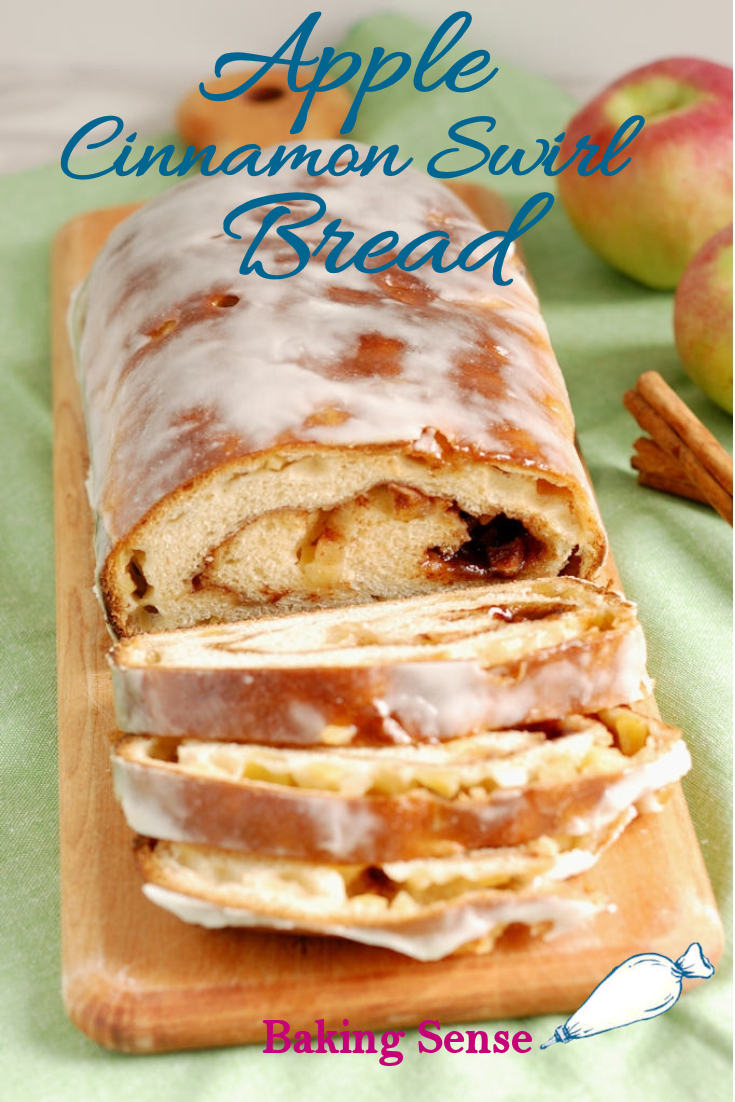 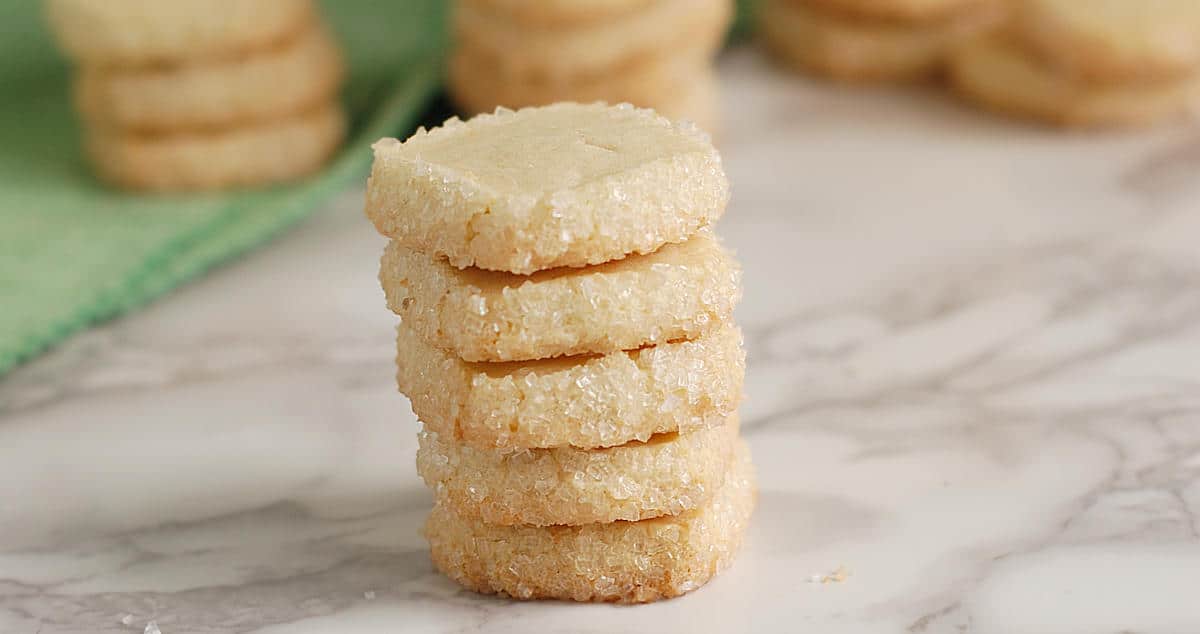 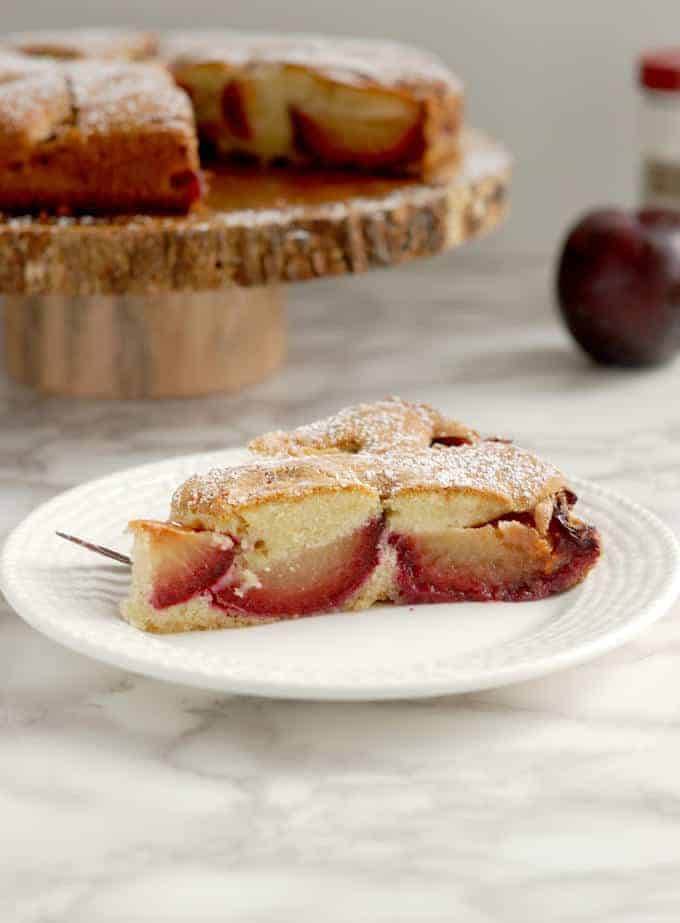 Can I swap the whole milk for almond milk or some other liquid?

Yes, that should work.

Hi! This looks amazing and I'm excited to try it! I'm thinking about making mini loaves, how should I adjust the baking temp/time? Thanks!!

Mini loaves will certainly bake faster. The surest way is to take the temp of the middle of the loaf. 200F and you're good to go.

I'll give your recipe a try! I have a local shop that makes an apple cinnamon raisin bread and at 6 bucks a loaf, it's few and far between when we get some as we eat it within a day or two! I tried one recipe that afterwards said to knead the apple-raisin mixture and let me tell you, there was NO kneading. I think that recipe had something wrong! I made it into little pockets, then afterwards though, shoot, I should have rolled it! Just like you did. Waiting for it to cool to see how bad it is.

Could you swap sourdough starter for yeast? I have starter and very little yeast at the moment.

I haven't made this recipe with starter, but generally I've had good luck converting recipes. If you use 8 oz of starter, and your starter is 100% hydration, that means you're adding 4 oz of water and 4 oz of flour to the recipe. So you'll need to adjust the original recipe accordingly.

How long should I let the mixer knead the dough for?