Apple Upside Down Layer Cake with Maple Buttercream is made with three layers of cinnamon cake baked on top of fresh apples and a buttery rum-caramel. The layers are sandwiched together with real maple syrup buttercream. 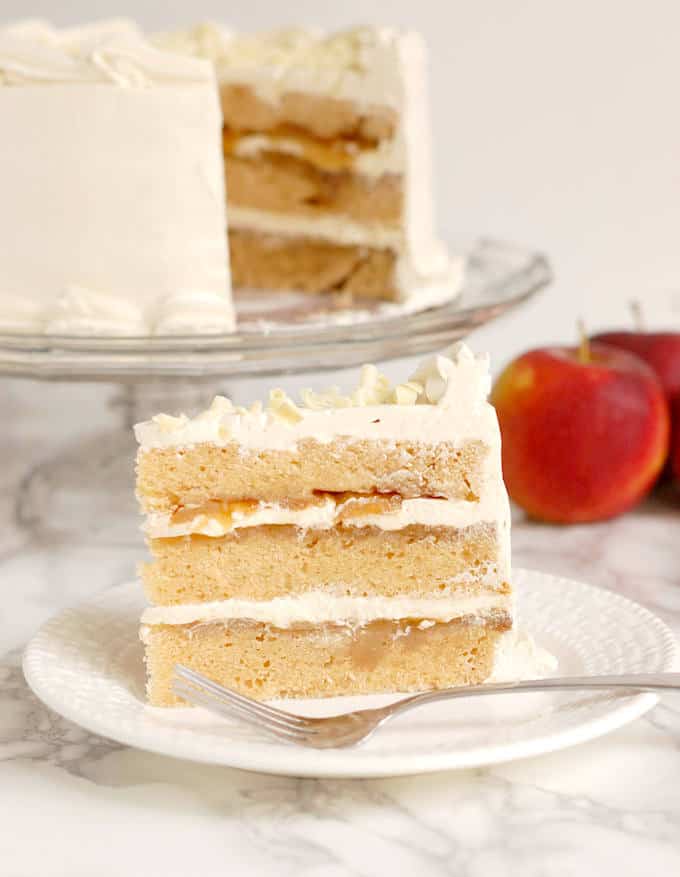 From the outside this looks like a typical layer cake, but slice it open and you’ll find soft cinnamon-scented layers with fresh apples baked in a buttery rum-caramel topping. Mmm, mmm, good!

This cake was invented because I was often frustrated making nothing but layer cakes for 10 years. Don’t get me wrong, I love making layer cakes. In fact, the top 5 most popular posts on this blog are all cake-related recipes.

But, when I was running my custom cake business, Cake Art Studio, that’s all I did for 10 years; layer cakes, layer cakes and more layer cakes.

In pastry school I learned to make everything from bread, to cake, to pies, to candy. And, as someone who has been baking her entire life, I would often get a little itchy to expand the definition of “layer cake” beyond simple layers of cake and icing.

My Chocolate Chip Cookie Cake was invented for the same reason. Why just have layers of chocolate chip cake and icing? Why not add a cookie as one of the layers? 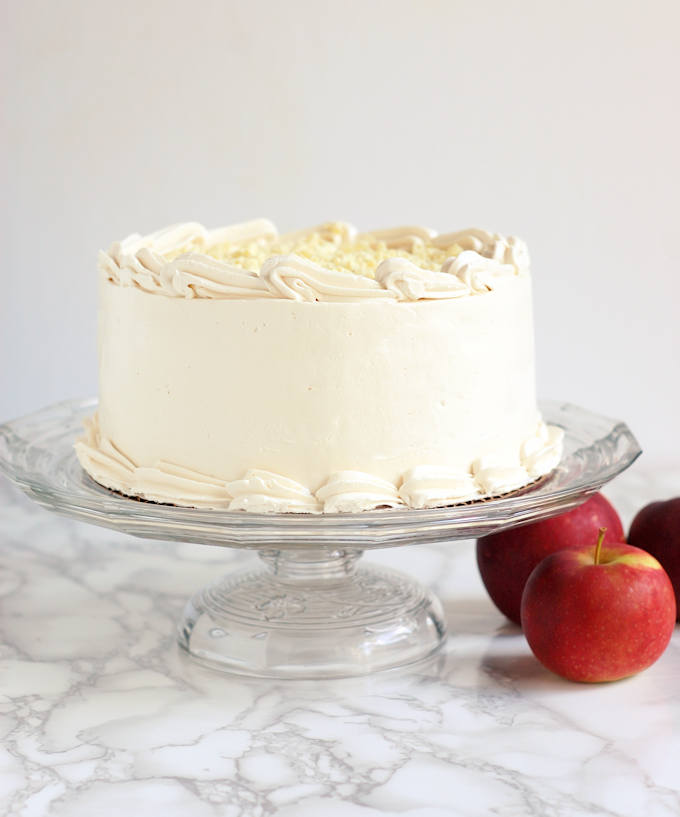 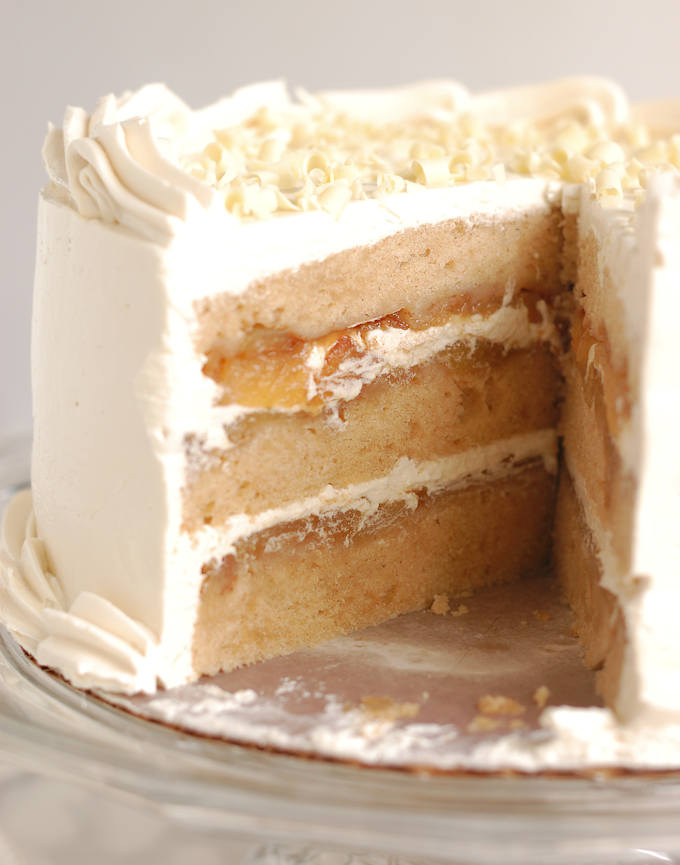 Autumn is a very busy time of year in the wedding cake business, so I wanted to create a special cake flavor for fall weddings.

For this recipe, I used the same concept, but with autumn flavors of apple, cinnamon and maple. The great part is, with the caramlized apples baked onto the cake layers there is no danger of the cake falling apart, even in a multi-tier wedding cake. 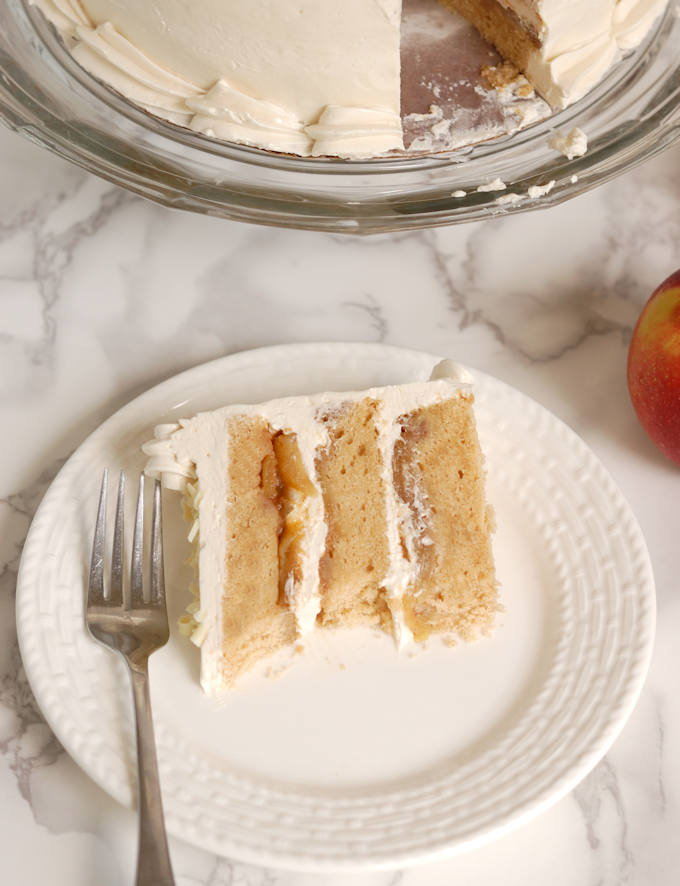 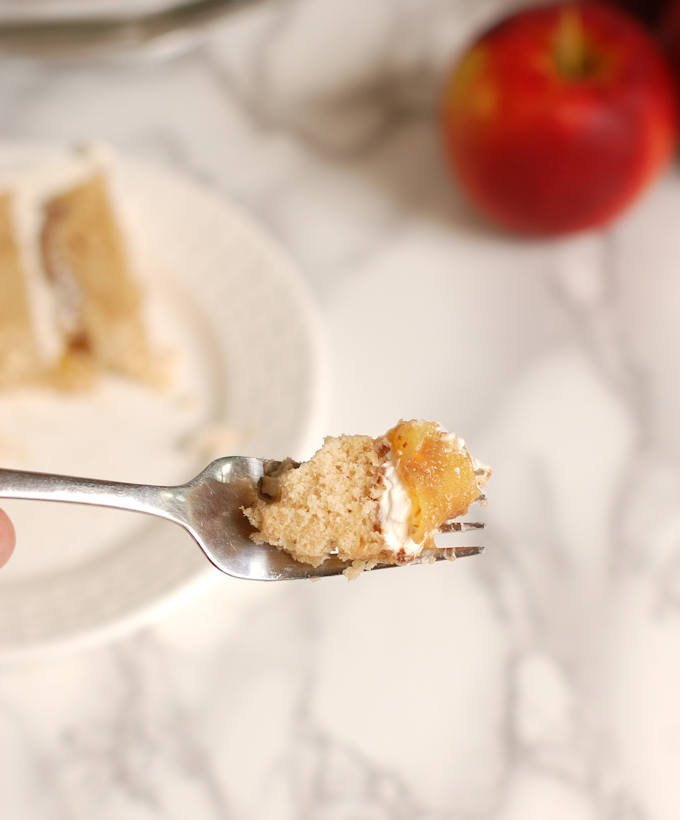 Although it is an unusual layer cake, it’s easy to put together.  Just read the recipe and watch the video to see how it’s done. The layers are quite soft when they’re warm, but they become firm when chilled.

As long as you work with the layers while they’re cold, putting the cake together is as easy as any other layer cake. Once the cake is assembled it should be kept at room temperature so it’s nice and soft when served.

I think this cake is something special and unexpected.  I hope you agree.

Watch the recipe video to see how-to put together an Apple Upside Down Layer Cake.

Variation: I also love to add ground walnuts to the maple buttercream filling for an Apple Walnut Maple flavor. 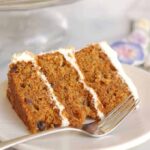 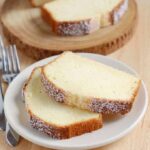 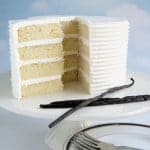 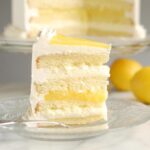 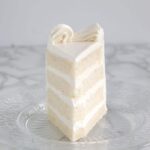 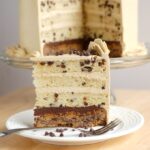 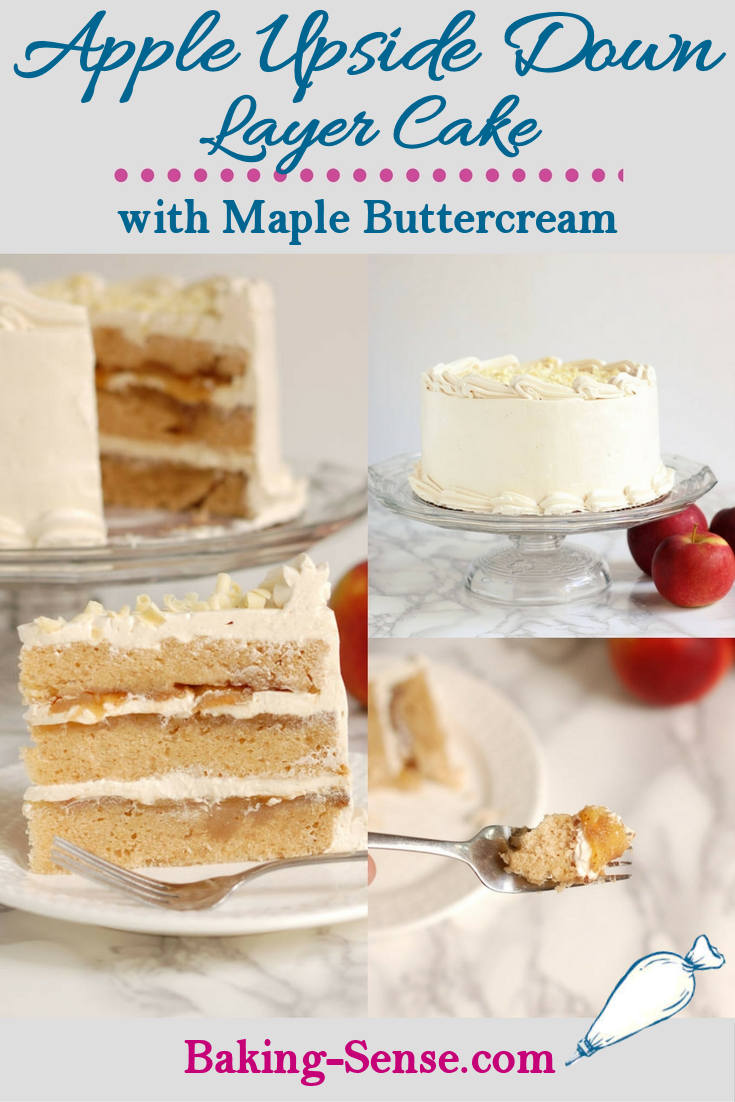 Hi could I use pears instead of apples?

Yes. Try to use pears that are ripe but not very soft. Soft pears might turn to mush as they bake.

I am making this cake in 2 Days for a BD party and cannot wait to taste it! Curious as to what is sprinkled on top of the cake in the video. So pretty! Thank you very much for sharing!

Hi Laurie. I think you'll love this cake. It's sooooo good. The cake in the video is topped with white chocolate curls. I bought those at a restaurant supply store. But you can make white chocolate curls at home. Take a bar of white chocolate (like Ghiradelli if that is available in your store) and use a potato peeler to scrape curls off the sides of the bar. Just use the same motion as if you were peeling a potato.

Can you please, please, please give the recipe for your Pineapple Flip? I make a pineapple upside-down cake my friends and family love and would love to make it as a layer cake for my wedding but don't know how I can achieve that. Can you give me suggestions or share your recipe? I would greatly appreciate it. Thanks!

Hi Elizabeth. I will share the recipe in the near future. It just takes some time to make, photo, etc. When is the wedding? Are you making your own cake? My first suggestion is; if your favorite recipe has a very, very soft cake it might not be the best for a wedding cake. How many servings will you need? Will it be multi-tier?

This recipe worked very well! Thank you for sharing it. My friends said it had to be made very soon again!

Great. Glad you liked it. I love it!

This cake. Just. SO much yes. Looks so delicious, and so perfectly fall! Need to try!!

Thanks Karly. I really love the flavors in this cake.