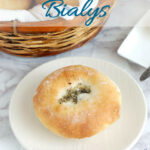 If you’ve ever had a true Bialy, you know it’s not just a bagel without a hole in the middle. Bialys are lighter than a bagel with an open crumb.  Bialys are not boiled, so the crust is crisper than the crust of a bagel.

Best of all, a Bialy gets a boost of flavor from the onion & poppy seed filling in the middle. 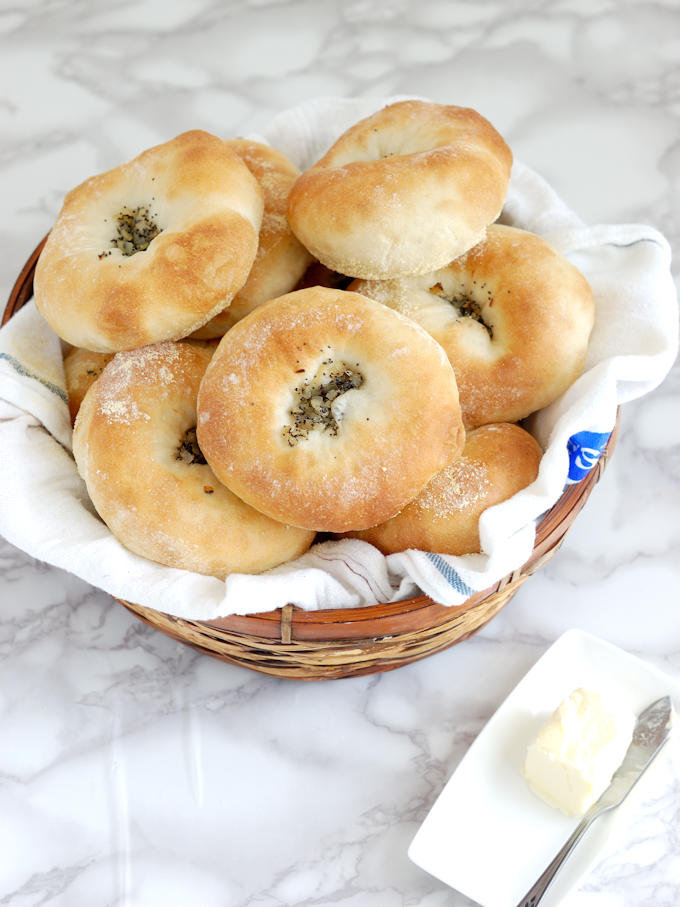 Born and raised in the New Jersey suburbs of New York City, I grew up enjoying New York specialties like Rye Bread, bagels, and the bagel’s lesser-known cousin, the Bialy.

I’ve never made Bialys at home, so I researched a number of Bialy recipes and created a dough that I was happy with. While the basic ingredients of a Bialy are similar to the ingredients in bagel dough, there is one key difference that make this a totally different bread than a bagel.

As soon as a bagel is shaped, it’s boiled, and then it’s baked. Since the bagel goes right into the water after shaping, it doesn’t get a big rise. A good bagel has a tight crumb and a dense texture. Also, the boiling step creates a shiny and chewy crust.

Bialys are not boiled and the shaping process maintains most of the air in the dough. So a Bialy has a lighter crumb and a matte, crisp crust.

Scroll through the step by step process photos to see how to make Bialys: 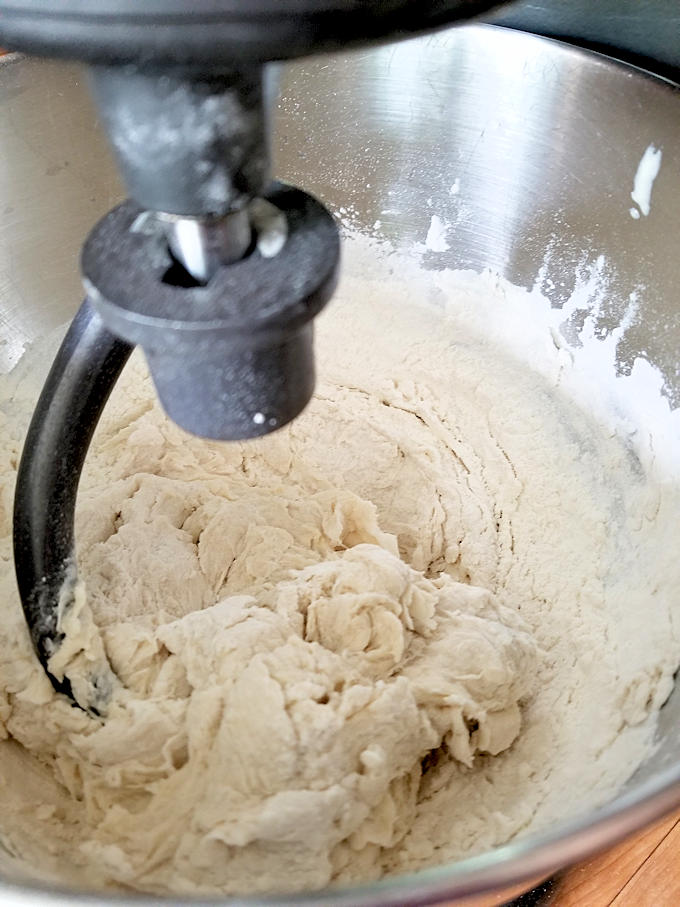 The bialy dough will start out “shaggy”. 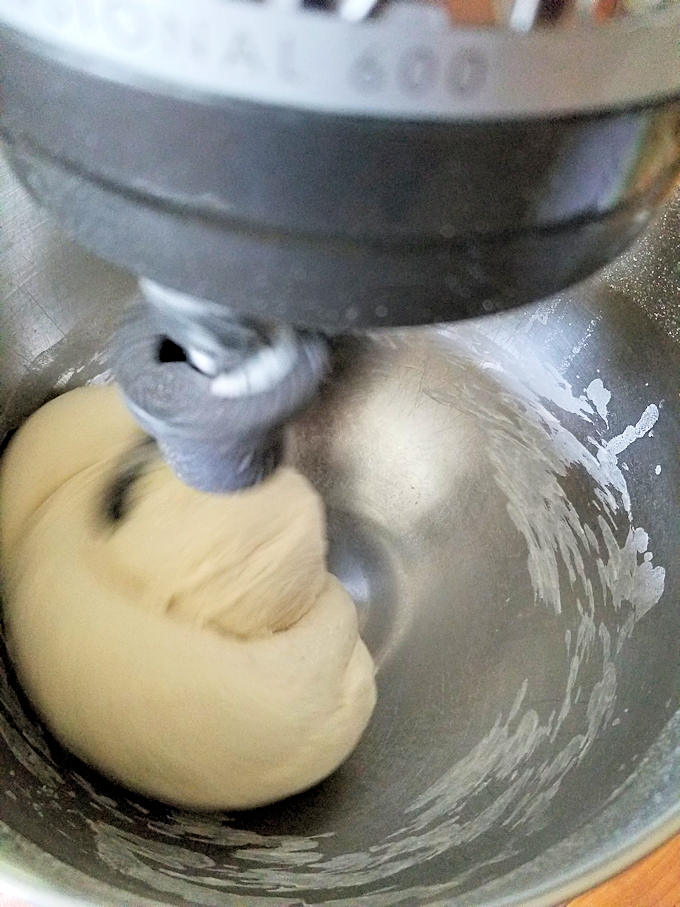 The bialy dough should cling to the dough hook and clear the sides of the bowl. 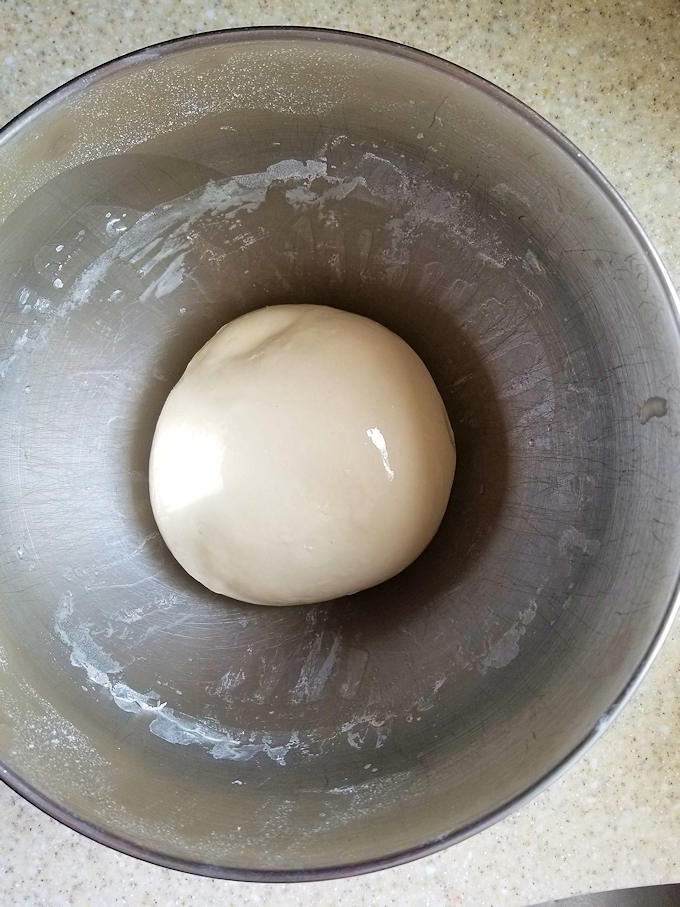 The bialy dough before rising. 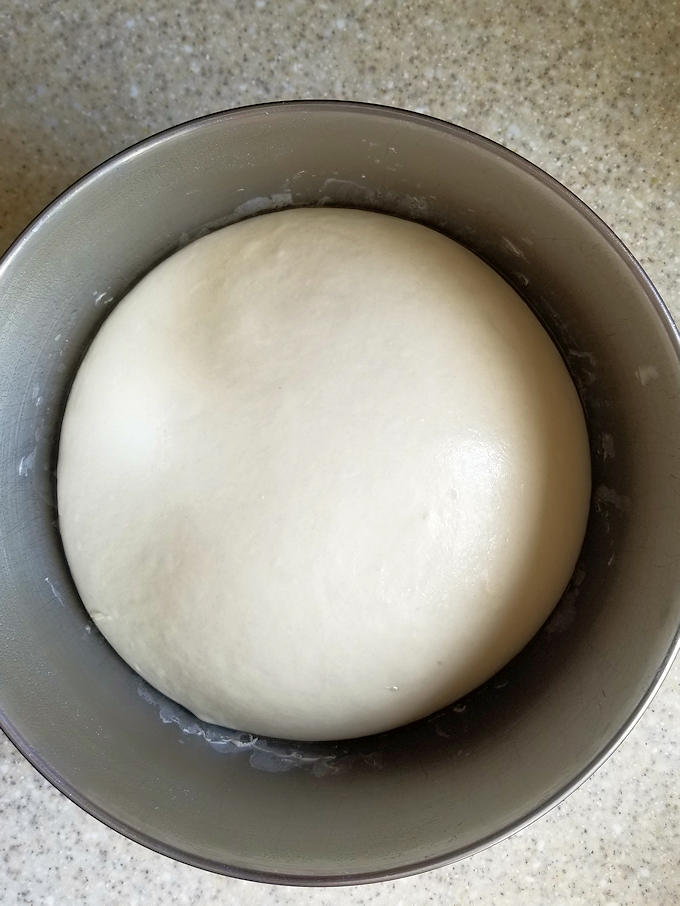 The bialy dough after rising. 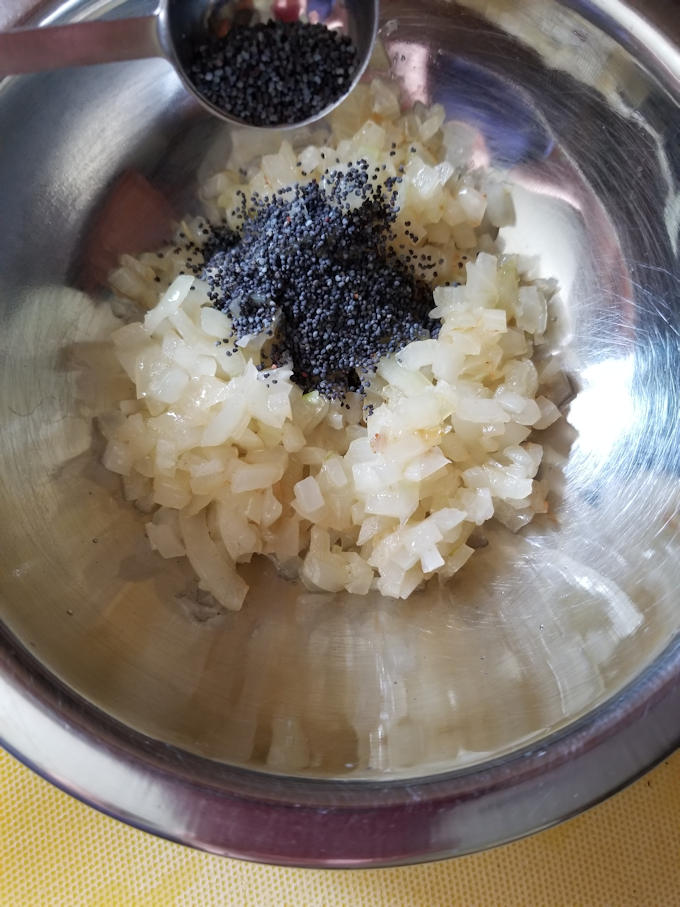 Sauteed onions and poppy seeds for the bialy filling. 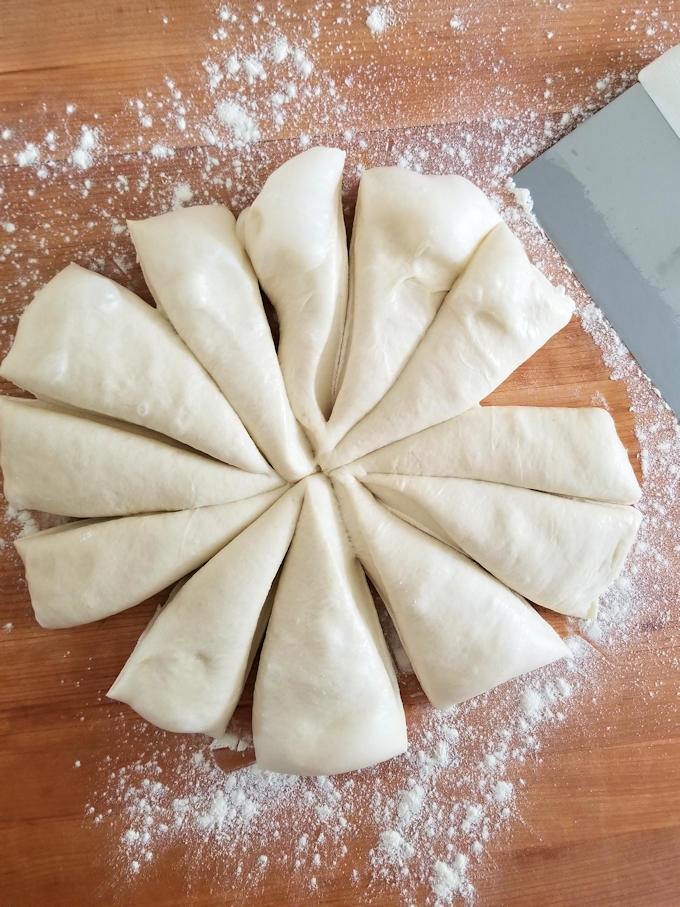 Divide the dough into 12 equal pieces. 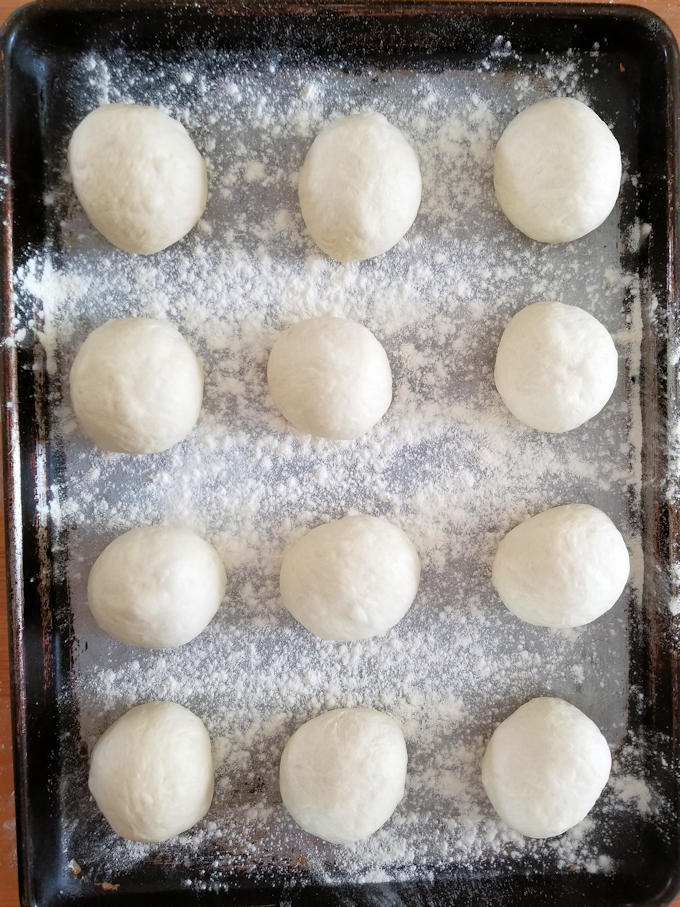 Set the dough aside to proof. 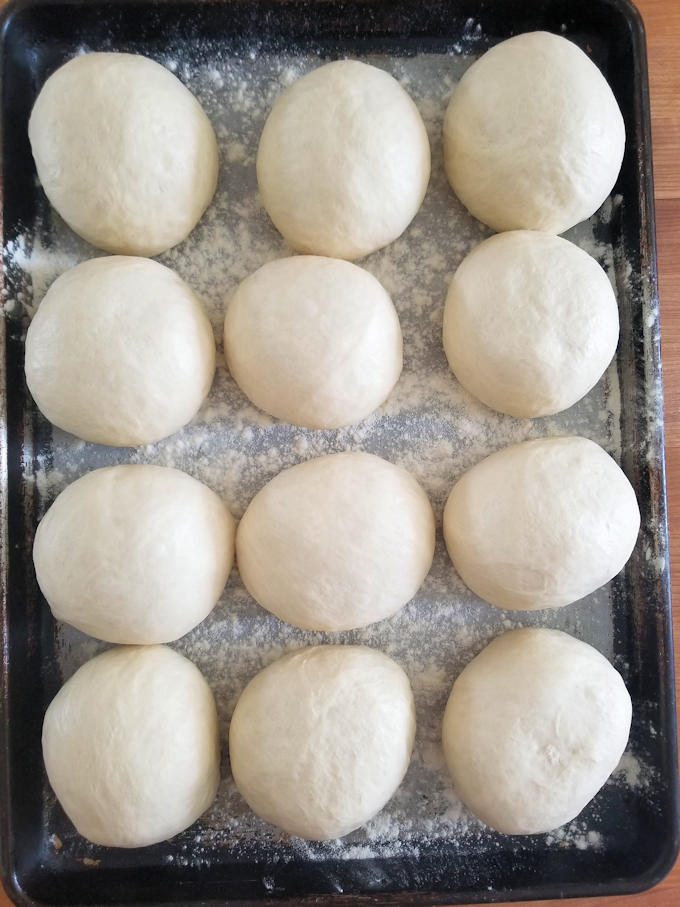 The bialys are reading for shaping and baking. 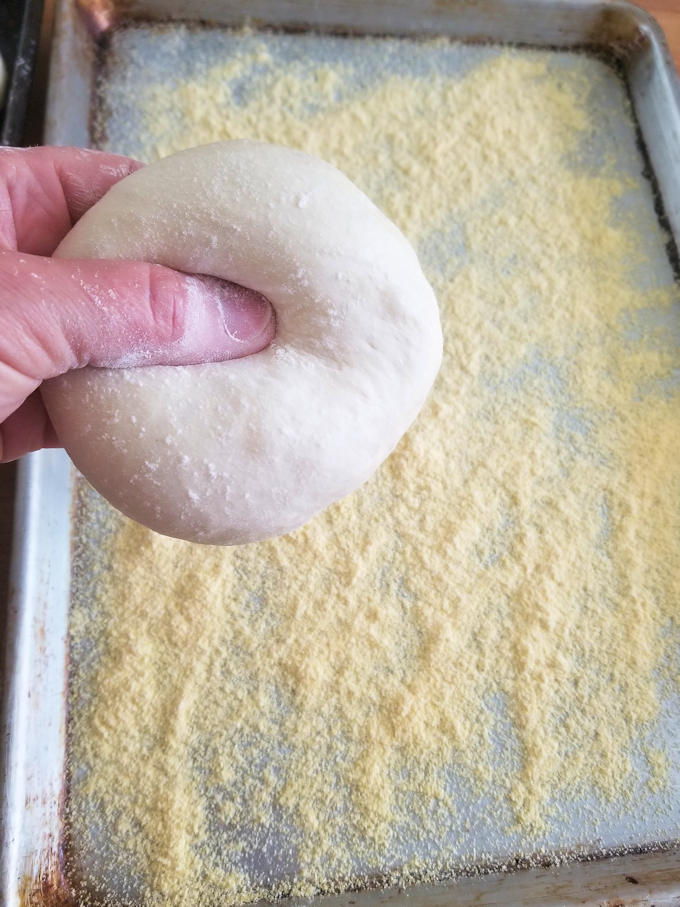 Use your thumbs to make a well for the filling. 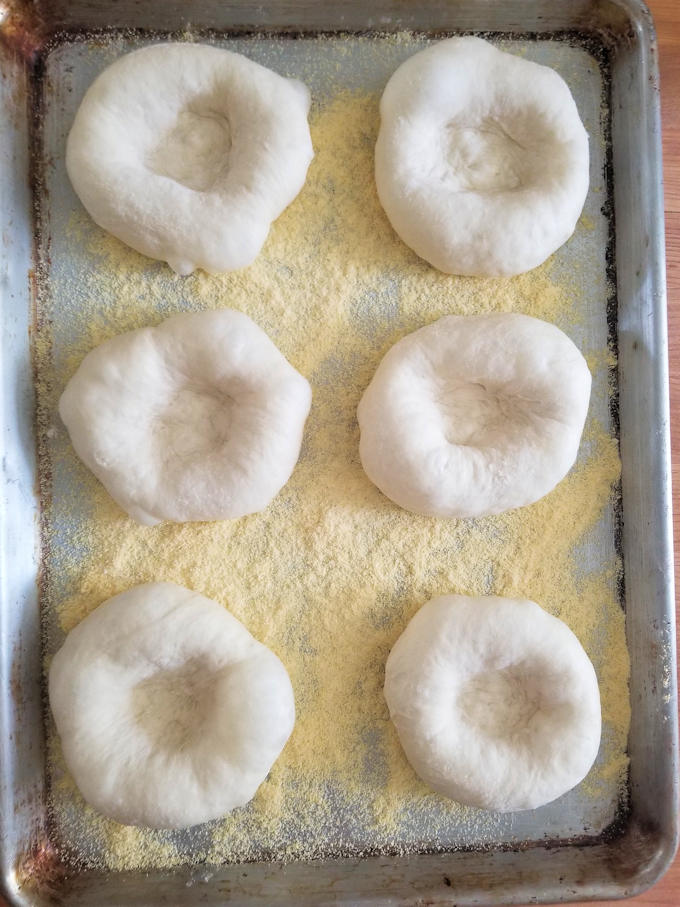 The bialys are ready for filling. 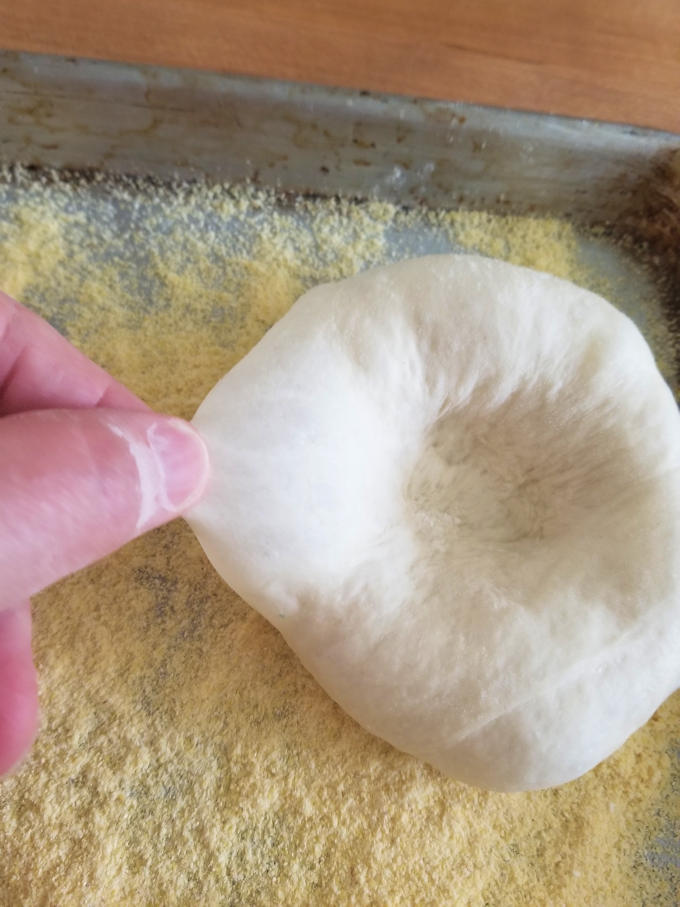 Deflate any very large air bubbles that form of the surface. 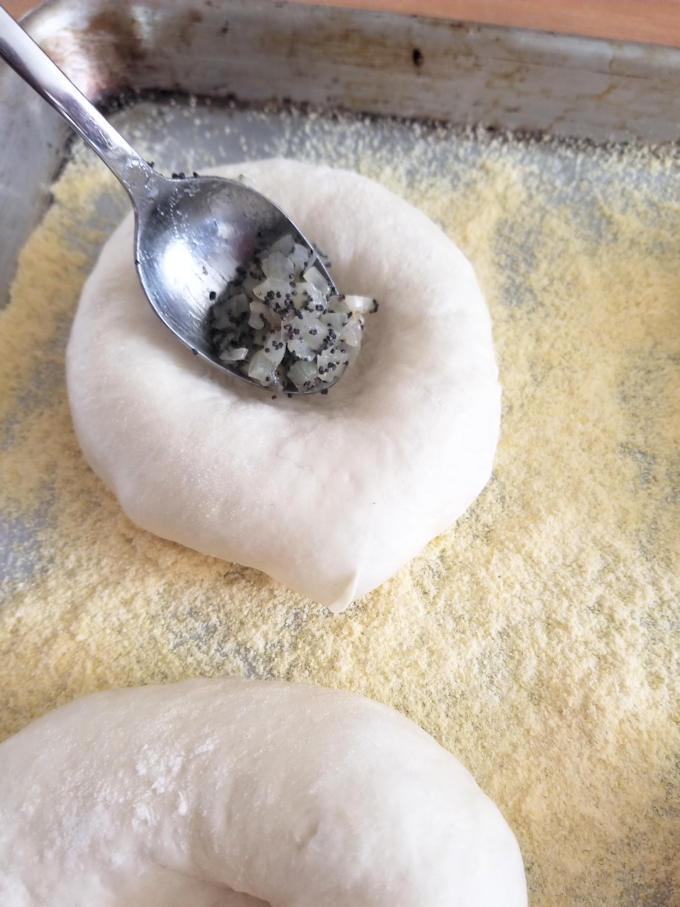 Place a teaspoon of filling into each bialy 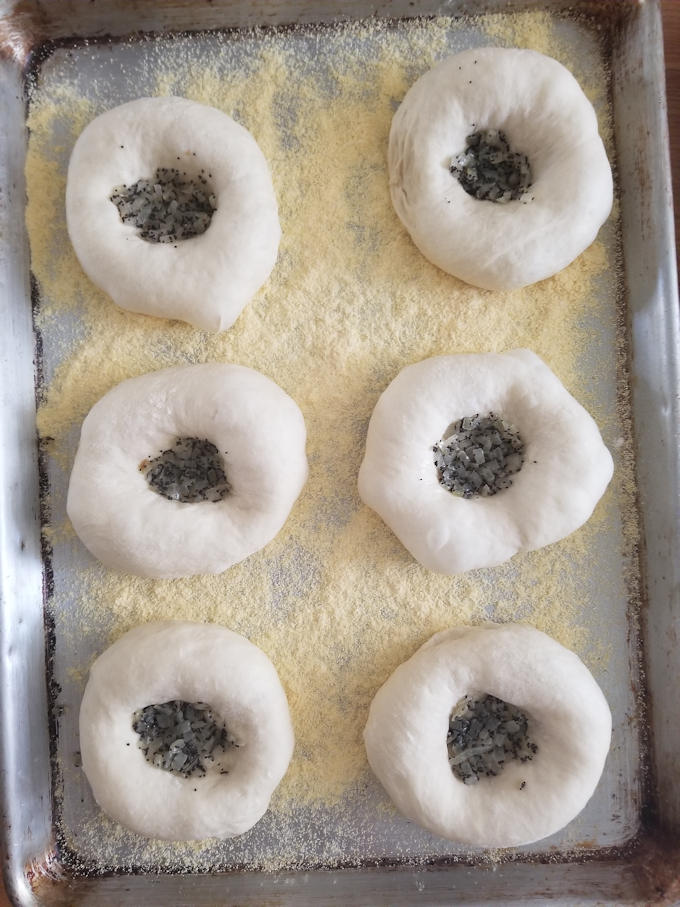 The filled bialys go right into a 450°F oven. 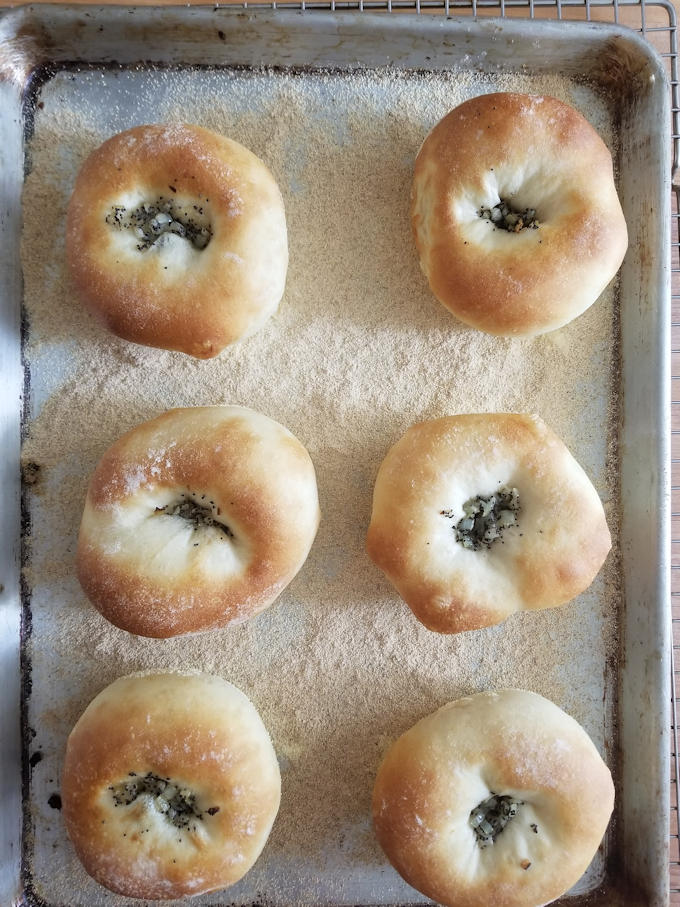 Bialys hot from the oven.

Since Bialys have a light crumb, I think they make a much better sandwich than a bagel does.

I like to slice a fresh-from-the-oven Bialy in half and eat it with lots of butter. You can spread the onion filling over the bottom half of the bialy before spreading on the butter.

Left over Bialys can be frozen. Unless eaten the same day, Bialys are best served toasted or briefly reheated in the oven. 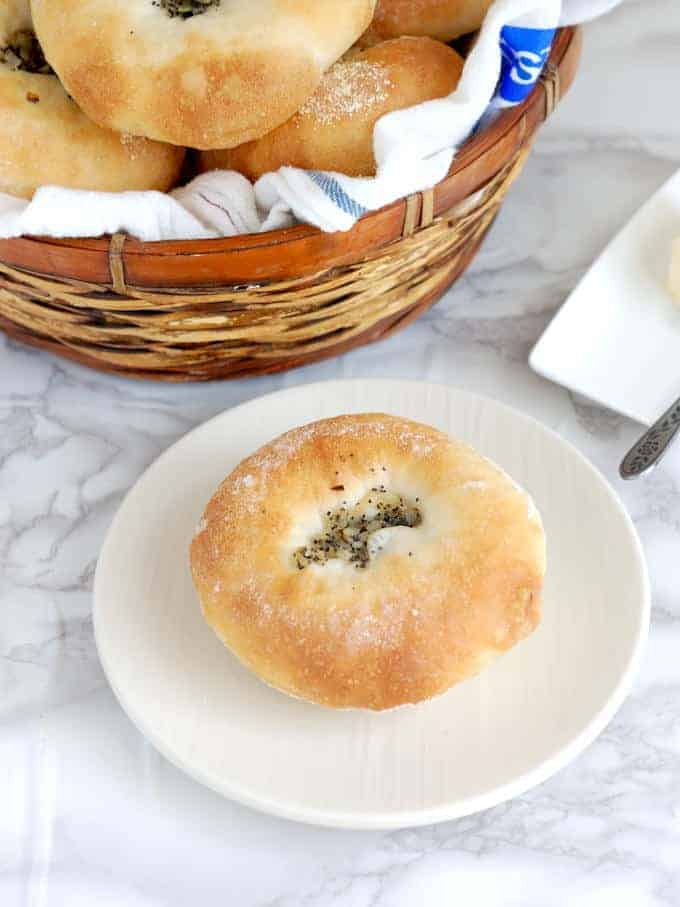 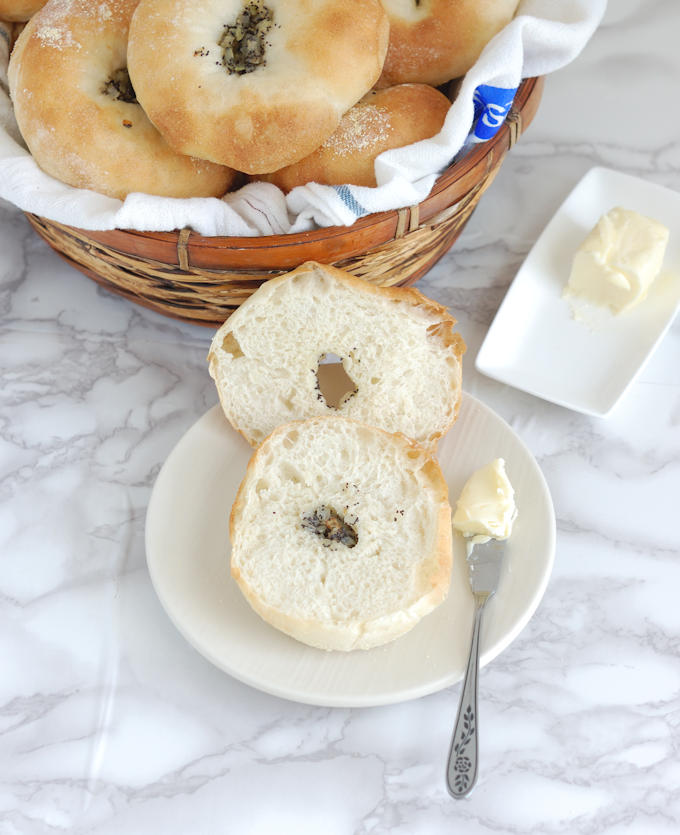 OOOOO! I am drooling over the bread. Sound so yummy. Bookmarking it.

I just stumbled on your blog. Very nice. I am a bialy fanatic, too and bake my own regularly since they are hard to find. I will have to try your recipe and see how it compares to mine. They look beautiful!

Bialys has been on my list of 'must try' for a while. I love your step by step explanation. The bread looks amazing and the nigella seeds must have added a nice strong flavor.

They were tasty, Mayuri. Thanks!

I had never even heard of a bialy but they certainly sound delicious.

Thanks, Wendy. They are.

Bialys look absolutely amazing. That little sauteed onion with poppy seeds in the center, add so much flavor to these cute little breads.

Thanks, Pavani! A little sauteed onion makes anything better.